Collier County Museums’ Marco Island Historical Museum has both permanent and traveling exhibits for your education and enjoyment. Some of the items on display are possibly thousands of years old and have been found on Marco Island on the sites of Calusa Indian villages and mounds. We have created a realistic village so that you can see how these indians lived at that time. Other displays show the development of the region from its earliest times to the present.

These Stories are told in 4 exhibits:

“Windows and Doors To History” debuted February, 2017 and is a unique outdoor gallery with 23 pieces of original art by 7 renowned artists depicting life on Marco from the Pleistocene through the Deltona period.  Click Here to go to the “Windows & Doors to History” page.

“Paradise Found – 6,000 Years of People On Marco Island” chronicles the oldest-known residents of Marco Island through interactive displays and artifacts.  Included is a life-size diorama of a Calusa village of the period.  This exhibit opened in November of 2014. Click Here to go to the Calusa Era Page.

“Pioneer Era – A Tale Of Two Villages”, opened January 2017, tells the story of the settlement of Marco Island in the 1800’s through artifacts, interactive displays and pictures.  Click Here to go to the Pioneer Era Page.

“Modern Marco” – Opened October 2015, this amazing exhibit, timed to coincide with the 50th Anniversary of the Mackle Brothers’ commencement of sales on the island, takes the visitor from the start of development in 1962  to 1986.  Click Here to go to the Modern Marco Page.

This exhibition engages, inspires, and educates museum visitors about the remarkably complex Native American people who called Marco Island “home” for more than 6,000 years. In addition to original artwork, replicas, and research, the exhibit showcases more than 200 pre-Columbian artifacts excavated from Marco Island and its surrounding community.

These artifacts comprise a small fraction of the collections being preserved in perpetuity by the MIHS.  Frank Hamilton Cushing’s 1896 discovery of wooden masks, figurines, and implements – many with original paint still visible – remain some of the most spectacular examples of pre-Columbian Native American artistry ever discovered.

The objects, now at the Smithsonian Institution, Florida Museum of Natural History, and University of Pennsylvania, are so stunning that they often overshadow the fascinating people that made them. This exhibition was designed to emphasize the “big idea” that “people have lived on Marco Island for thousands of years,” while adding important context to Cushing’s famous artifacts by elucidating the complex lifestyles of the people behind them.

The notion of Marco Island as an ideal place to live, due largely to its abundance of natural resources, is a connector of Marco Islanders past, present, and future. 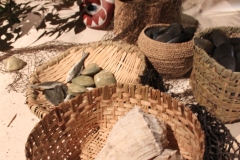 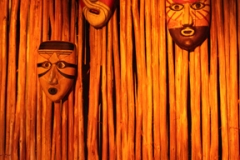 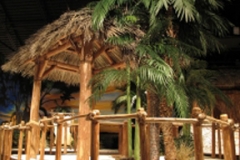 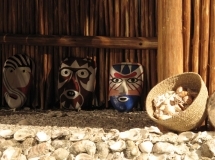 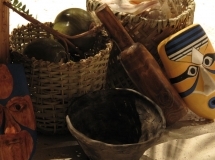 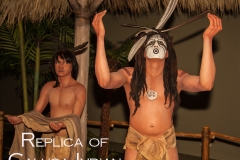 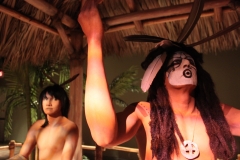 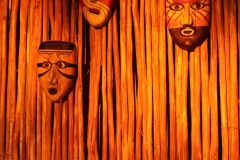 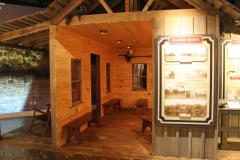 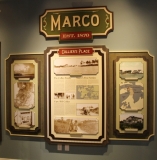 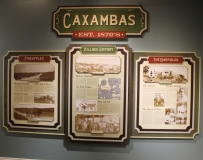 Opened in January 0f 2017, the final of the three indoor permanent exhibits at the Marco Island Historical Museum vividly depicts the rich history of the “Pioneers” that shaped Marco Island commercially, physically and philosophically.

Using the latest in interactive technology, the visitor is able to read an actual diary from one of the founding families, explore the technology leading to the success and eventual demise of the clam industry, and view the natural disasters that befell these hardy residents.  A vast array of artifacts on display as well as a replica of a “cracker” cabin enrich the experience. 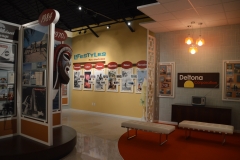 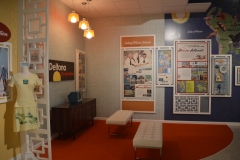 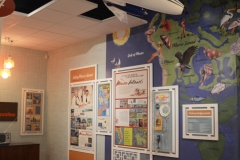 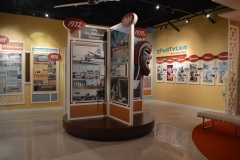 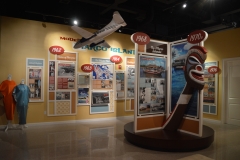 The Modern Marco exhibit takes the visitor to the mid-1960s, when the concept of Marco Island, as we know it today, existed only in the imaginations of its famous developers, the Mackle brothers. The exhibit showcases their story and the transformation of Marco Island from the brothers’ first visit in 1962 to their eventual withdrawal in 1986.

In one corner of the room is a model Deltona sales office, true to the era, complete with ephemera from the period: architectural drawings and master plan, sales brochures, maps, posters and photos from the MIHS archives. An original, Deltona promotional film from the 60s plays on a closed circuit monitor, via a retrofitted vintage television.

The exhibit also includes a model of the Marco Island Airways airliner, in 1:13 scale, that flew in prospective buyers from Miami to the Island, a replica “Tiki head” from the bow of the Marco Islander catamaran used to ferry these buyers around the Island and more than a dozen large-scale display panels with appliqued graphics focusing on the Mackle/Deltona story.  Several other panels highlight the important moments and milestones in Marco’s history up until current times.

Plenty of original artifacts—a Marco Sari, worn by Island fashionistas in the 60s, a Deltona stock certificate for 100 shares, a collection of commemorative champagne flutes marking Marco anniversaries, an early Marco Island cookbook and more—are sprinkled throughout.  A freestanding, four-way display, detailing the stories of the Marco Island Airways, the Marco Beach Hotel, the Marco Island catamaran and the Tony Lema Golf Tournament, anchors the center of the room.